Doctor Rohan Gay, who has been practicing at Walter Road East General Practitioners in Bayswater WA for over 20 years, has been named 2016 GP Supervisor of the Year by The Royal College of General Practice (RACGP).

He has been often described as the best supervisor a registrar could want as his passion for his craft is evident through his teaching methods, strong rapport with his registrars and supportive nature.

A career in medicine was apparent from a young age for Rohan. His father, a pharmacologist, honed his interest in biology and Rohan became infatuated with the human figure, trying to understand how the body works.

After his acceptance to the Science program at the University of Sydney, Rohan considered following the surgery route and even obtained his Surgery Part 1. However, the idea of being so far removed from the patient discouraged him from pursuing it further and he quickly turned his attention to becoming a general practitioner where he could connect more with the patient.

Rohan remained in Sydney until he received his Fellowship of the RACGP in 1995 and then uprooted to Perth where he would unwittingly join the practice in which he is still based today.

The decision to become a GP supervisor was an easy one for Rohan; he identified becoming a supervisor as a further challenge to himself in his career, and saw it as a way of retaining his own skills. When Rohan began hosting and supervising registrars, he realised he needed to look at medicine in a new light and revise certain areas, in particular those areas which he personally had overlooked in his own training.

“I started making notes on every aspect of medicine. I copied down the contents of medical textbooks and started making my own notes in each of those fields. It helped me identify my own areas of weakness,” Rohan said.

Using his own personal reflection, it guided him in the topics he taught and the method for how he conveyed this information to his registrars.

As GP training relies heavily on reactive scenarios it’s difficult to pinpoint which areas will be covered over the course of the training. Rohan took the onus upon himself to create his own session plans, based on common areas that he would provide to his registrars early on in their training. The primary areas he covers in his early workshops are asthma, cardiovascular, hands-on minor surgeries, ingrown toenail management and other common minor procedures. In his eyes, this allows the registrar to gain an insight into areas beforehand; and this provided a systematic approach to GP training as opposed to relying on reactive training.

Rohan said that another advantage to having an early on workshop with a registrar was that it allows the supervisor to learn where the registrar’s skills are at and quickly establishes the standards for a registrar to meet.

“By using your own experiences and your own insecurities as a guide for what you proactively deal with early on with your registrars, this really helps and it’s really quite appreciated by the registrars,” he said. 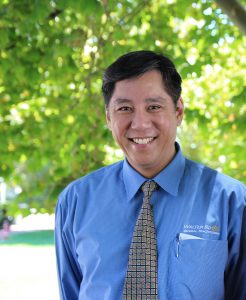