We pay our respect to Elders past and present, as well as all Aboriginal people who have fought, and continue to fight, for equality, self-determination, culture, Country and community

A significant date for all Australians but for varying reasons – it is Australia Day, Survival Day and also sometimes referred to as Invasion Day.

Commemorates the launch of the campaign on 2 April 2007, and gives people the opportunity to show their support for closing the 17-year life expectancy gap between Aboriginal and Torres Strait Islanders and other Australians.

Commemorating the day in 2008 when Prime Minister Kevin Rudd moved a Motion of Apology to Australia’s Indigenous Peoples in the House of Representatives apologising for past laws, policies and practices that devastated Australia’s First Nations Peoples – in particular members of the Stolen Generations.

The 1967 referendum made history: Australians voted overwhelmingly to amend the constitution to include Aboriginal people in the census and allow the Commonwealth to create laws for Aboriginal people. This referendum saw the highest YES vote ever recorded in a Federal referendum, with 90.77 per cent voting for change.

National Reconciliation Week is celebrated across Australia each year. The dates commemorate two significant milestones in the reconciliation journey – the anniversaries of the successful referendum and the High Court Mabo decision.

NAIDOC week is held in the first full week of July. It is a time to celebrate Aboriginal and Torres Strait Islander history, culture and achievements and is an opportunity to recognise the contributions that Indigenous Australians make to our country and our society.

The United Nations’ (UN) International Day of the World’s Indigenous Peoples is observed on August 9 each year to promote and protect the rights of the world’s indigenous population. This event also recognises the achievements and contributions that indigenous people make to improve world issues such as environmental protection

A comprehensive site providing links to a wide range of educational and training resources and research relating to Aboriginal and Torres Strait Islander Health. Key areas of this site relevant to GP Supervision are listed below:

This guide was produced by the Australian Government Department of Health for Aboriginal and Torres Strait Islander health services who train medical registrars as part of the Australian General Practice Training (AGPT) Program. It outlines national principles in delivering culturally-safe general practice training. 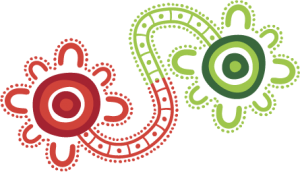 This guide sets out how GP Supervisors can strengthen teaching and learning about Aboriginal and Torres Strait Islander health. 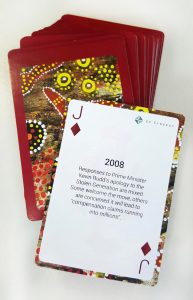 These cards feature Indigenous artwork and provide players with insights into events that have shaped the health of Aboriginal and Torres Strait Islander people.