Nothing should be decided about us, without us

GPSA …..the expert in the supervision of our next generation of family doctors 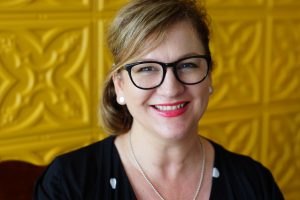 If the rumours are true, there is about to be a seismic shift in how we train our next generation of GPs.

If the rumours are true, the Department of Health has temporarily halted transition of training to the colleges, supervisors and registrars are to be employed by the government and RTO’s are endangered. We have asked the department for clarification and I can only hope that the decision making is being done in a slow and considered way with an understanding of the risks involved. The unintended consequences of these changes could be significant.

As a key stakeholder representing the interests of 5500 supervisors, GPSA is always willing to consult and support change that improves the conditions of supervisors, registrars and our patients, in a way that is meaningful and evidenced-based.

There have been tumultuous times in GP training in the past which resulted in a significant drop in the numbers of GPs in training. The knowledge and skills which are lost in each iteration take years to rebuild.

General practice is struggling to recruit the next generation of family doctors due to a chronic underfunding and undervaluing of the profession. Any further uncertainty or changes could further affect the numbers of doctors wanting to become GP’s.

In 2016, GP training underwent another major overhaul. We lost GPET and transitioned from RTP’s to RTO’s (Regional Training Providers to Regional Training Organisations) and reduced the number of providers. It is still a matter for contention if GP training is better off because of this rationalisation. Once again, training numbers dropped and the sector had to rebuild. After only 4 years we are looking to change again.

So where do supervisors sit amongst this change?

Supervisors could be paid for teaching directly by the government.

A single employer of registrars may mean less administrative hassle for practices whilst having a registrar not employed by you could change the dynamics of the relationship.

For registrars, having an employer external to their practice may change terms and conditions to be the equivalent of their hospital colleagues whilst reducing choice and flexibility. It provides the government with a lever to allocate registrars to areas of most need which is often not what the registrar would choose. This loss of flexibility and choice may make general practice even less attractive and reduce numbers further.

It is an interesting time to step in as the new chair of GPSA. I have been a supervisor for many years and a medical educator for GP Supervisor support and registrar remediation in the past. I have been able to grow my relatively new practice with the support of doctors that I have previously trained. I understand the many issues which supervisors and training practices have to manage.

As new chair of GPSA, my vision is for GPSA to;

I wish to thank Dr Gerard Conners for his hard work as the previous chair and say goodbye to Dr Steve Holmes (ex- Chair) and Dr Sarah Chalmers (ACRRM President). I welcome the fabulous talent of Dr Madhu Tamilarusun, Dr Justin Coleman and Dr Maria Boulton to the GPSA board.

Supervisors – the cornerstone of GP training.