The current RACGP Queensland chair and long-time GP supervisor said his focus as president would be listening and responding to member feedback on key issues facing general practice and the wider profession.

Bruce, 56, said the RACGP had an important role to play in advocating for general practice during the changing landscape of primary care. 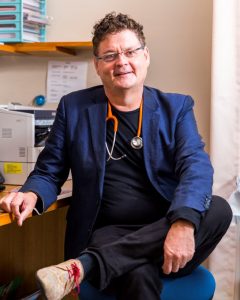 “There are a lot of forces seeking to fragment patient care and the RACGP has a key role in cementing the care position of general practice in providing primary care services,” he said.

As president, Bruce plans to lead the organisation in a proactive and collaborative approach to achieve: strong advocacy for the role of general practice and the importance of having a regular GP; proper remuneration and support for GPs; working together with other GP groups to advocate for general practice; and examining innovative, new models of care.

With a long history in GP training, Bruce has also pledged “to protect and enhance the quality of training as the RACGP steps back into training”.

“I remain committed to a training system that gives registrars the best possible experience and protects the apprenticeship model,” he said.

The Queensland University graduate has more than 30 years’ experience as a GP and 26 years as a GP supervisor, having trained about 80 registrars.

As a passionate educator and general practice advocate, Bruce said his RACGP nomination was “an extension of training GPs to supporting and improving the system that they will go to work in”.

His journey as a GP supervisor started under the guidance of the RACGP, then with the Central and Southern Queensland Training Consortium – now General Practice Training Queensland (GPTQ). He has been a GPTQ medical educator, and its supervisor liaison officer for the past 15 years.

Bruce is practice principal at Victoria Point Surgery, a group practice in the Redlands on the southern outskirts of Brisbane.

Bruce described his experience with GPSA as an “exciting time” where he enjoyed the support of “a great board and chief executives (Margo Field and Glen Wallace)” during a period of “remarkable growth and development”.

“We achieved a lot in establishing respect for supervisors and GPSA,” he said.

Since working as RACGP Queensland chair from October 2017, Bruce has worked with industry leaders in a bid to alleviate burdens on local services.

He aims to continue working with industry leaders to ensure GPs remain the cornerstone of primary care under a patient-centric led model of care.

Other roles taken on by Bruce include: director of his local GP division; GP representative in the Queensland health diabetes network; GP supervisor liaison network chair; and RACGP examiner for nearly 20 years.

He is an experienced commentator in the media on GP issues and has represented the interests of general practice with ministers and senior public servants.

Bruce and his doctor wife Gertrude have three adult children, including one who has followed in their footsteps and is working as a junior doctor.