The call to GP supervision found Dr Nicholas Hamilton early in his career. 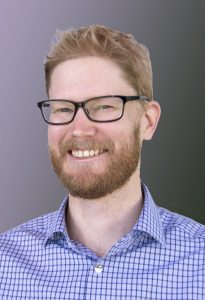 “My supervisor during my final training term was practice principal and was setting up another practice from scratch,” Dr Hamilton said.

“It was a good opportunity for me to work in a new building with all new equipment. I became a supervisor out of necessity so the practice could be a training practice.”

In December 2019, GP Synergy presented the supervisor of five years, now aged 38, the Murrumbidgee and ACT Supervisor of the Year Award.

Dr Hamilton has supervised 13 registrars, including some who have returned to the practice post fellowship.

In nominating Dr Hamilton for the award, a grateful registrar said: “This time was invaluable to my learning and ensured that I felt well supported and a valued member of the practice.

“Nick included me in practice discussions and decisions, and I grew to feel part of a community that shared my desire to support our patients while also prioritising our own interests and self-care.”

Dr Hamilton in turn values the support of his former supervisor Dr Clara Tuck Meng Soo, a recipient of the Medal of the Order of Australia for service as a medical practitioner to the community of the Australian Capital Territory.

He is grateful Dr Soo offered the opportunity to work and supervise at her new Canberra practice, and become practice principle and a co-owner so early in his GP career.

“I became a supervisor so early because Dr Soo was very experienced and inspiring,” he said.

Dr Hamilton admits being a young supervisor comes with advantages and challenges.

With a fresh recollection of life as a registrar Dr Hamilton – who is also an examiner – says it is an advantage as a young supervisor to “still be in touch with the examination process”.

“I know what it is like to be in the registrars’ shoes,” he said.

Equally, Dr Hamilton said teaching the reality of uncertainty in general practice was more challenging for a young supervisor than their senior peers.

“I feel more confident now as a supervisor in not always knowing the answers, and teaching that uncertainty is not always a bad thing; it is a part of general practice for doctors of all ages and experience.”

“General practice is a demanding job and you can feel quite alone; so, a lot of my teaching sessions are pastoral care conversations to help registrars strategise and work out their consultation style.

“One of the hardest things to teach a GP registrar is the need to take charge of patient care into the future; trying to help them make the switch from being reactive to proactive and giving the patient the sense that the doctor is there for them in the long term.”