It is difficult to quantify the number of doctors veteran GP supervisor Dr Ewen McPhee has mentored in an official and unofficial capacity since his early career in rural medicine. 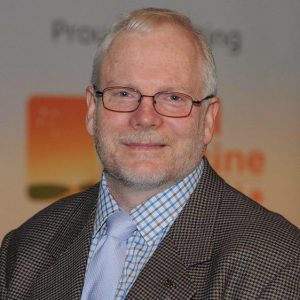 Rural GP obstetrician Doctor Ewen McPhee has supervised between 60 to 80 young doctors since his early career in the country.

That’s because the GP Supervisors Australia Recognition of Service Award (30-plus years) recipient has supported young doctors since his first country post as a second-year doctor in Charleville, rural Queensland.

The long-time Emerald, Central Queensland GP obstetrician, estimates he has since supervised between 60 to 80 young doctors as GPs or rural generalists.

“It’s a unique environment in the country, which is something you have to teach clinicians when they move from the city,” Ewen said.

“For this reason, I have been supervising and supporting young doctors in the country since early in my career.”

The practice principal of Emerald Medical Group is among three supervisors and two medical educators at the clinic.

He is passionate about rural and remote primary care, and wears his heart on his sleeve about training, and retaining great doctors with a connection to rural areas.

Ewen is particularly excited by the success in the last four years of shifting primary care in Emerald from a locum-based model to a local GP model.

During this four-year period, he has supervised 17 registrars and along with his peer supervisors, is enthused by the new model’s high retention rate of young doctors in Emerald beyond fellowship.

He is also excited about the Queensland Rural Generalist Program.

“It’s about picking the right people and giving them the right training, and you need good supervisors in the country to teach them to be great doctors and to thrive and survive in the country.

“We need supervisors to talk about the positives of being out here, and we have been rewarded with that in the last four years with the high retention rate of getting young doctors to stay in our patch, Emerald.

“We are seeing good young doctors who have moved to the community and establishing themselves in general practice and the lifestyle here.

“It’s indicative of supervising in the country that we can role model the great benefits and rewards of rural practice and living in a rural community.”

Ewen credited training organisations and colleges for excellent preparation and providing registrars interested in rural medicine, and with a connection to country lifestyle and communities.

Ewen’s passion for country medicine and training doctors who will build their lives long-term in the bush, is evident in the numerous hats he wears.

Among his many commitments is a role as a senior academic clinician at the University of Queensland Regional Training Hub; President of Australian College of Rural and Remote Medicine (ACCRM); and as a member of the World Organisation of National Colleges and Academies (WONCA) – Rural Working Party.

He hosts international doctors and speaks overseas about the evolving role of rural generalists and the international implications of the Australian methods of training our next generation of family doctors.

“Australia is an exemplar of how we train rural doctors,” Ewen said.

He encouraged other rural GP supervisors to “go with the flow”, understanding that every registrar is unique in their needs, career experience and goals.

He encouraged supervisors to link themselves with peer supervisors; work with their local Regional Training Organisation (RTO) to find the right candidates for rural practice; and to value the opportunity of supervision.

“Don’t look at registrars just as a workforce solution: it’s an absolute pleasure to teach them. They are there to learn; so to step back and teach, and be available to them, is really rewarding.”