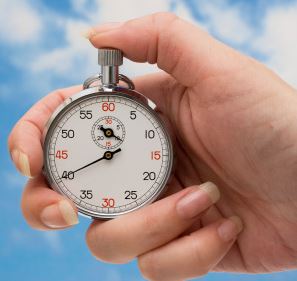 We recently received a query from a practice whose registrar was adamant that they should be paid double time on a Sunday.

The registrar wanted to work Sundays, because it suited their personal circumstances and having the registrar available then to patients also worked for the practice.

The question that arose was, have we missed something in the NTCER? Are we doing something wrong?

Because the NTCER is built around the prevailing conditions that registrars will receive once fellowed. Fellowed GPs don’t get paid more (by the practice) the minute the clock hits 8.01pm. A GP registrar receives what the prevailing market allows to fellow GPs. If there is a higher MBS rate available after hours then a registrar will receive greater reward for the item number after hours. If there is not a higher reward then they will not – nor will their fellowed GP counterparts.

Registrars, often coming to general practice for the first time, from the acute sector have only experienced working under the medical officers award in their state or territory. Each medical officers award includes a loading for after hours and weekends. This is not inconsistent with other awards your practice would have to observe, such as the prevailing nurses award in your state or territory which attracts similar loadings.

For GP registrars however, once they leave the hospital and are employed by a GP training practice, they are no longer employed under the medical officers award. They are employed with common law contracts which simply require that they are paid in accordance with Fair Work Legislation and the NTCER. Neither the NTCER nor Fair Work require an after-hours loading.

What if my registrar is working a 38-hour week and then working additional hours?

If the work outside of ordinary hours is on top of their 38-hour week on a regular basis, anything above 38 hours (averaged over 4 weeks) attracts either Time Off In Lieu (TOIL) or can be paid by the practice at 150% of the base rate with no time off.

Is it the practice’s prerogative whether we provide time in lieu or additional payment?

Yes. You should consider the business needs and overheads that will need to be serviced by whatever decision you make. I.e. if you need the clinicians on the ground such that it is more advantageous to pay the additional loading you can make that decision. If you don’t want the additional overheads and you have enough clinicians to service demand then you may prefer to provide a TOIL day. In which case, it then becomes the prerogative of the registrar as to when they take that TOIL – though when and how must be consistent with your practice’s leave policies.